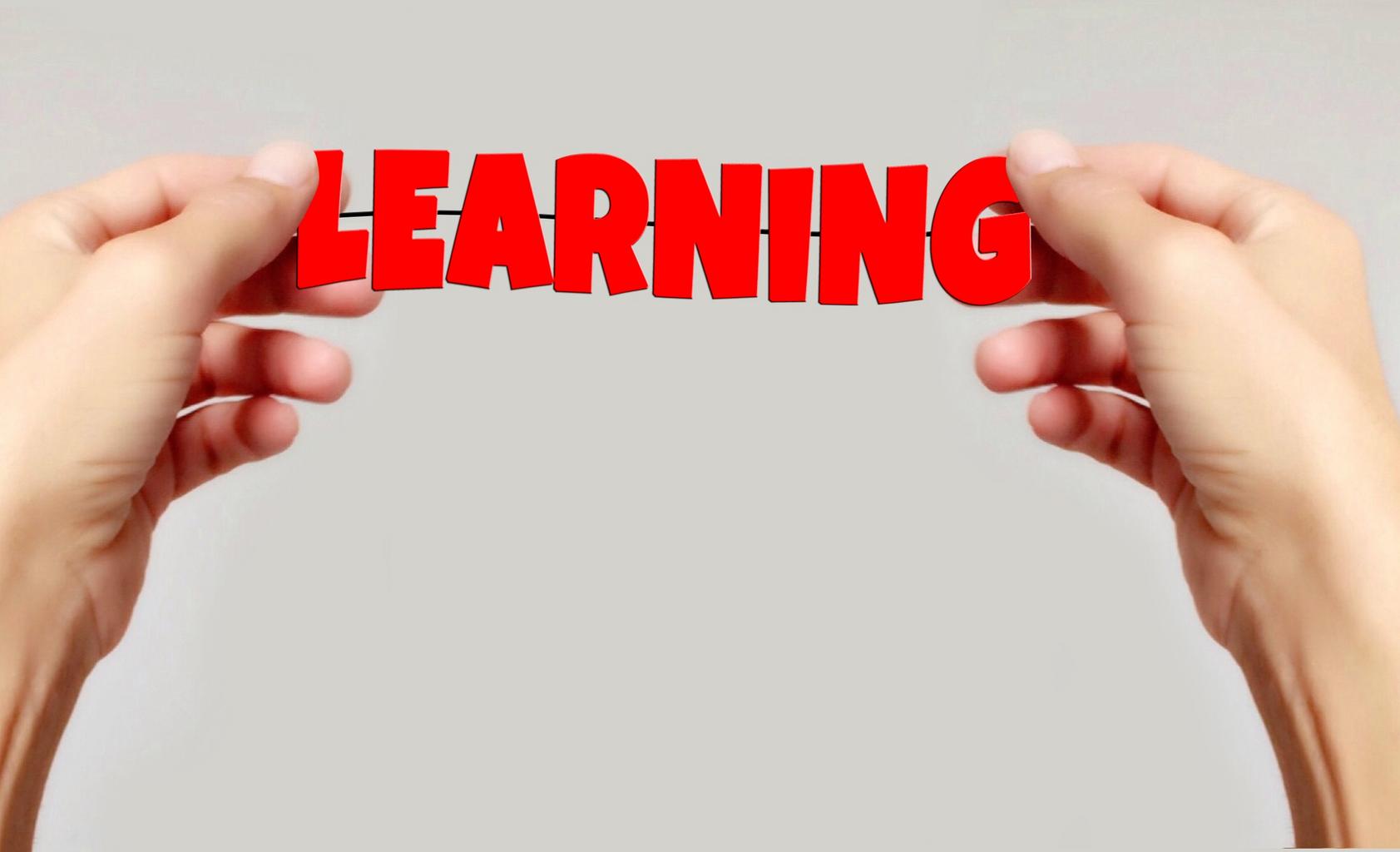 Top 7 Skills Required to Become a Data Scientist, For the past five years, data scientists have been one of the world’s most sought-after and hottest jobs.

As soon as businesses realized the value of data in their operations, demand increased across the board.

Today, data science is the foundation that supports businesses in analytics, mining or extraction, NLP, ML, AI, and other areas.

The decisions they (companies) make are now solely based on the proposed data (by data scientists or their relevant hierarchy), and they are assisting them (companies) in making beneficial decisions.

This has resulted in a significant increase in the number of such professionals over the last few years, and they continue to dominate the industry.

As a result, the pay scale for data scientists is fairly decent, which is one of the primary reasons why people are gravitating toward this field.

However, as simple as it may sound, becoming a successful data scientist necessitates a set of skills that employers seek.

To excel in this field, you must master a number of tools and languages, as well as statistical computations (besides strong communication and interpersonal skills).

So, to assist you, here are the top 7 Skills Required to Become a Successful Data Scientist.

1. It All Begins With the Fundamentals – Programming Language + Database

It’s all meaningless if you don’t know how to program because you won’t be able to perform any tasks that generate insight.

As a result, being a data science professional necessitates knowledge of specific programming languages in order to manipulate data and apply sets of algorithms as needed.

However, certain major languages are used by data scientists, and the recruiter would also like you to be fluent in these languages. The list of programming languages is as follows:

Aside from that, a few important databases are required to store data in a structured manner and to ensure how and when data is called when needed.

Only Python and R programming are heavily used by data scientists to generate adequate results that are desired by most companies, regardless of their domain.

They do provide frameworks and packages that can be used to collect numerical and statistical data.

This is something that cannot be overlooked if you intend to pursue a career in this field. It is expected to have a strong command of statistics and mathematics in order to perform tasks and execute for the desired output.

The following is a list of topics that you must learn in order to be fluent as a data scientist.

These are the topics you must cover in order to have a solid foundation while working in the data science field.

All of the major algorithms will flow with this process, so make sure you learn them thoroughly so you can apply them in any real-life scenario.

How to Become a Data Scientist in 2023 – Data Science Tutorials

Do you know that more than 2.5 quintillion bytes are generated every day, which is a huge figure in and of itself, and this is what drives businesses to convert that data into a useful format?

As a data scientist, you will need to work on data visualization in order to display pictorial forms of charts and graphs that are easy to understand.

There are numerous tools in use, and some of the most popular are:

Tableau: This is one of the most effective data analysis and visualization tools used by data scientists across industries.

It allows users to extract the desired output without writing a single line of code and is widely used by companies such as Nike, Amazon, and Coca-Cola.

Power BI: Among all, this is one of the most well-known tools used by businesses today. Is a business analytical tool that was introduced in 2014 to prepare data sets and analyze them on various scales.

The best part is that it is completely free and open to use (unlike others), which makes it more popular among data scientists.

QlikView: QlikView is another elegant tool and Tableau’s main competitor. As one of the most widely used data visualization tools, it is ideal for generating the desired output and is also simple to implement in your project.

D3.js: D3.js (a javascript library) was first introduced in 2011 to support data visualization in web browsers. It supports HTML/CSS and SVG.

Furthermore, it enables data scientists to easily map their data with its (SVG) attributes.

Technically, any data that exists on the internet can be scraped when needed. Companies use this method to extract useful data such as text, images, videos, and other valuable information in order to increase productivity.

Details could include customer feedback, surveys, polls, and so on. Companies of all sizes (from small to large) are actively using this method (with legal limitations), and using specific tools and software for this method can simplify this process by handling large amounts of data.

When it comes to data, web scraping has become extremely popular among data scientists.

Some of the most popular data scraping tools are:

BeautifulSoup is a Python library used by data scientists to extract and parse data from websites and save it to a local database.

To get started with this library, you must install it via the terminal, as described in this article: Scrapy: BeautifulSoup Installation Commonly used for data mining and obtaining useful content from any website as and when needed.

Aside from the fact that it was introduced in 2008 for the purpose of web scraping, it is now widely used for data extraction via APIs (such as AWS)

Pandas is a Python library that can be used to manipulate data for data extraction and export it in Excel or CSV format.

A thorough understanding of machine learning and artificial intelligence is required in order to implement tools and techniques in various logic, decision trees, and so on.

Having these skill sets will enable any data scientist to work on and solve complex problems, particularly those aimed at making predictions or determining future goals.

Those with these abilities will undoubtedly stand out as skilled professionals. An individual can use machine learning and AI concepts to work on different algorithms and data-driven models while also handling large data sets, such as cleaning data by removing redundancies.

However, being proficient would necessitate having a specific aligned data science course, such as Complete Data Science Program – Live Course, that is well tailored to prepare any individual right from the start.

There are two major techniques that must be addressed, and they are as follows:

Supervised machine learning is a method of predicting a future outcome for any unpredictability using labeled training data.

How to move from Junior Data Scientist – Data Science Tutorials

The primary reason for deep learning’s success with NLP is its precision in delivery. Deep learning is an art that requires a specific set of tools to demonstrate its worth.

For example, the “Automatic Text Translation” tool allows users to translate any given sentence that is provided to perform this action. In other words, enabling such algorithms requires computers to understand human languages.

A proficient data scientist must have a strong command of certain programming languages, such as Python and Java, and the natural language must be easy for computers to understand.

As previously stated, a large amount of data is generated every day, and big data is primarily used to capture, store, extract, process, and analyze useful information from various data sets.

Those who have previously worked with big data may understand that handling such a large amount of data is not really feasible due to multiple constraints (both physical and computational), and overcoming such challenges necessitates the use of specialized tools and algorithms.

KNIME: A data preparation platform that is used to create specific data sets by aligning both design and workflows.

RapidMiner: An automated tool for data mining that is designed with a visual workflow.

Integrate.io is a platform for ingesting, processing, and preparing various data sets for cloud analytics.

Hadoop: An open-source platform for storing and processing large amounts of data ranging from gigabytes to petabytes.

Spark: One of the best and most popular tools for quickly handling large datasets, widely used by telecom, game companies, and so on.

The ability to handle complexity is essential for establishing a career as a data science professional.

When necessary, one must ensure the ability to identify and develop both creative and effective solutions.

You may face difficulties in developing any solution that requires clarity in data science concepts by breaking down the problems into multiple parts and aligning them in a structured manner.

Being a professional in one of the most in-demand fields will undoubtedly require you to stand out and think outside the box.

Last but not least, knowledge of model deployment is required for putting machine learning into production.

As a result, users can use prediction models for their projects to make future business decisions (based on extracted data).

DevOps is a good example of deployment because it aims to integrate the software development team and the software operations team.

However, this is considered one of the most difficult skill sets, and many companies do not even mention such skills in their job descriptions, but having knowledge of model deployment will definitely be a plus and will set you apart from the competition.