A rejection region is a section of a graph where the null hypothesis is rejected (assuming your test results fall into that area).

The primary goal of statistics is to test theories or experiment results.

For example, you may have developed a novel fertilizer that you believe accelerates plant growth by 50%.

To demonstrate that your hypothesis is correct, your experiment must:

Be likened to a well-known plant fact (in this example, probably the average growth rate of plants without the fertilizer).

This sort of statistical testing is known as a hypothesis test.

The testing process includes a rejection region (also known as a crucial region).

It is a branch of probability that determines if your theory (or “hypothesis”) is likely to be correct.

A probability distribution can be used to draw every rejection region. A two-tailed t-distribution is seen in the figure above.

A rejection region can also be seen in just one tail.

Your null hypothesis statement determines the type of test to use. If your question is, “Is the average growth rate larger than 8cm per day?”.

Because you’re only interested in one way, this is a one-tailed test (greater than 8cm a day).

You might alternatively have a single “less than” rejection region.

“Is the growth rate less than 8cm per day?” for example. When you want to see if there’s a difference in both directions, you’ll utilize a two-tailed test with two regions (greater than and less than).

As a researcher, you decide what amount of alpha you’re willing to take.

That 5% threshold is the rejection threshold. In a one-tailed test, the 5% would be in one of the tails.

The rejection zone for a two-tailed test would be in two tails. 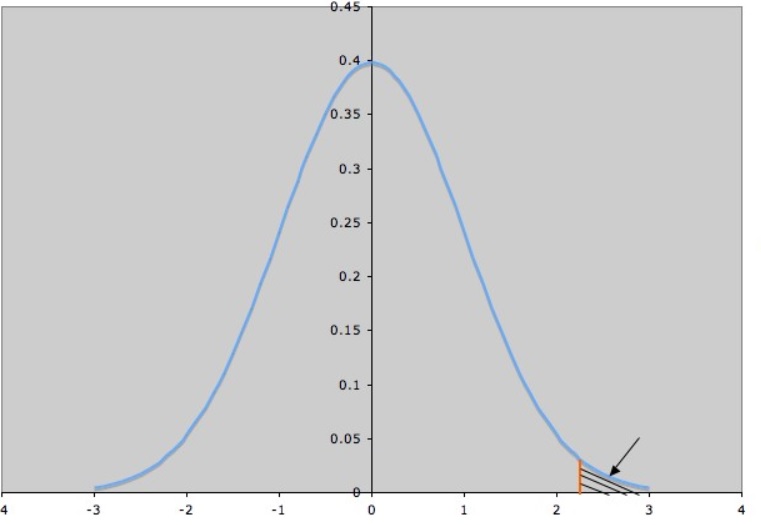 The rejection zone is in one tail of a one-tailed test.

A hypothesis can be tested in two ways: with a p-value or with a critical value.

p-value method: When you perform a hypothesis test (for example, a z test), the result is a p-value.

A “probability value” is the p-value. It’s what determines if your hypothesis is likely to be correct or not.

If the value falls within the rejection range, the results are statistically significant, and the null hypothesis can be rejected.

If your p-value is beyond the rejection range, your results are insufficient to reject the null hypothesis.

What is statistical significance?

A statistically significant outcome in the case of plant fertilizer would be one that shows the fertilizer does actually make plants grow quicker (compared to other fertilizers).

The stages are the same for the Rejection Region approach with a critical value. Instead of calculating a p-value, a crucial value is calculated.

If the value is within the region, the null hypothesis is rejected.